Sydney Logan reveals the cover, book trailer, and excerpt for her upcoming novel, Pros & Cons, which will be available starting February 21. However, you can enter a giveaway now to win an early copy!

For years, Sydney Logan has been one of my favorite authors. Whenever I’m in the mood for something contemporary that will tug on my heart-strings while giving me heavy swoons and witty banter, Sydney is definitely one of my go-to’s. And let me tell you, her upcoming novel Pros & Cons is the perfect novel to fill your February with romance, humor, and heartfelt drama that you won’t soon forget.

Today, Sydney is revealing Pros & Cons’ book cover (designed by fellow author T.M. Franklin) as well as giving us a treat of an accompanying book trailer (by Jada D’Lee Designs) and an excerpt! Take a look below: 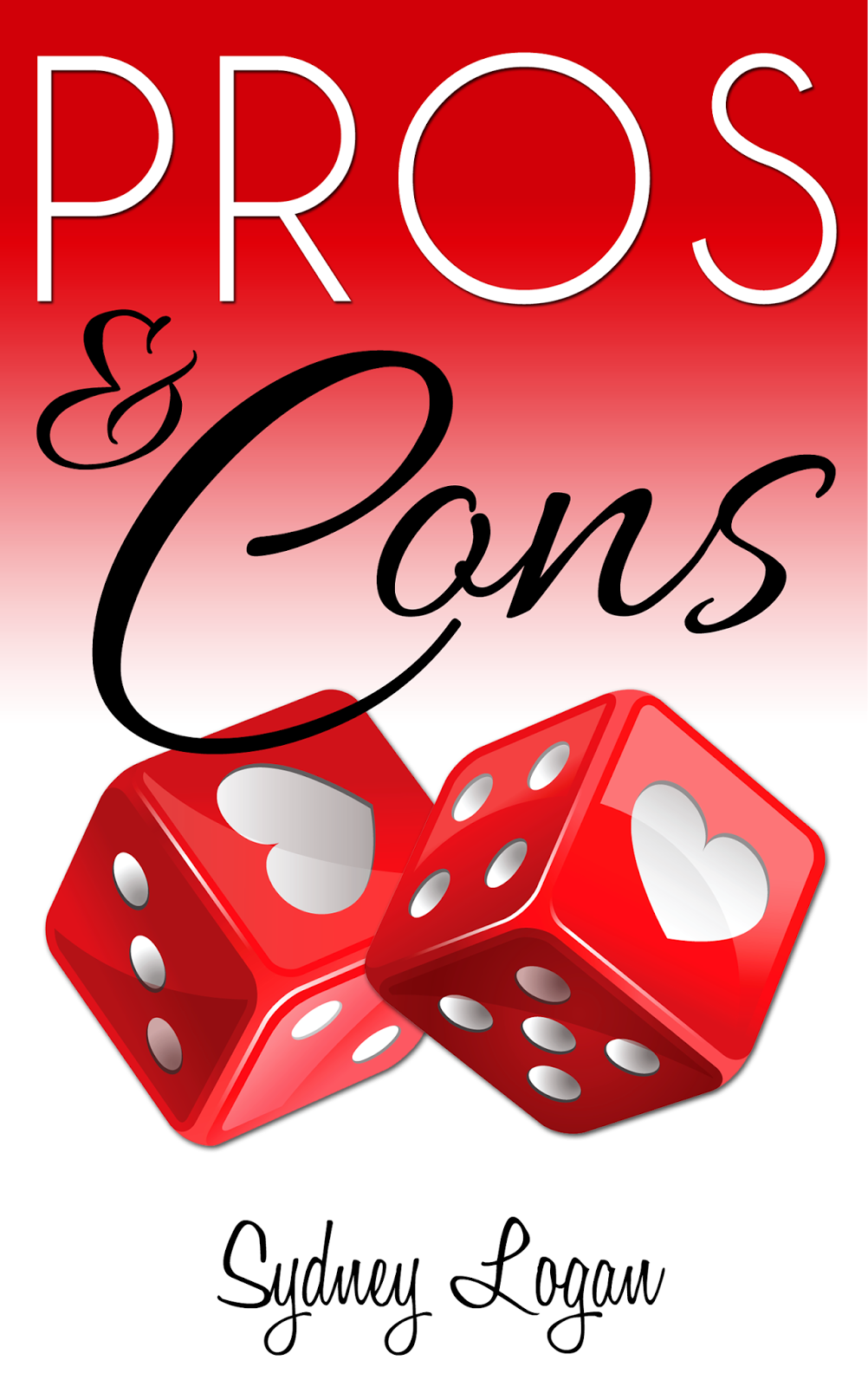 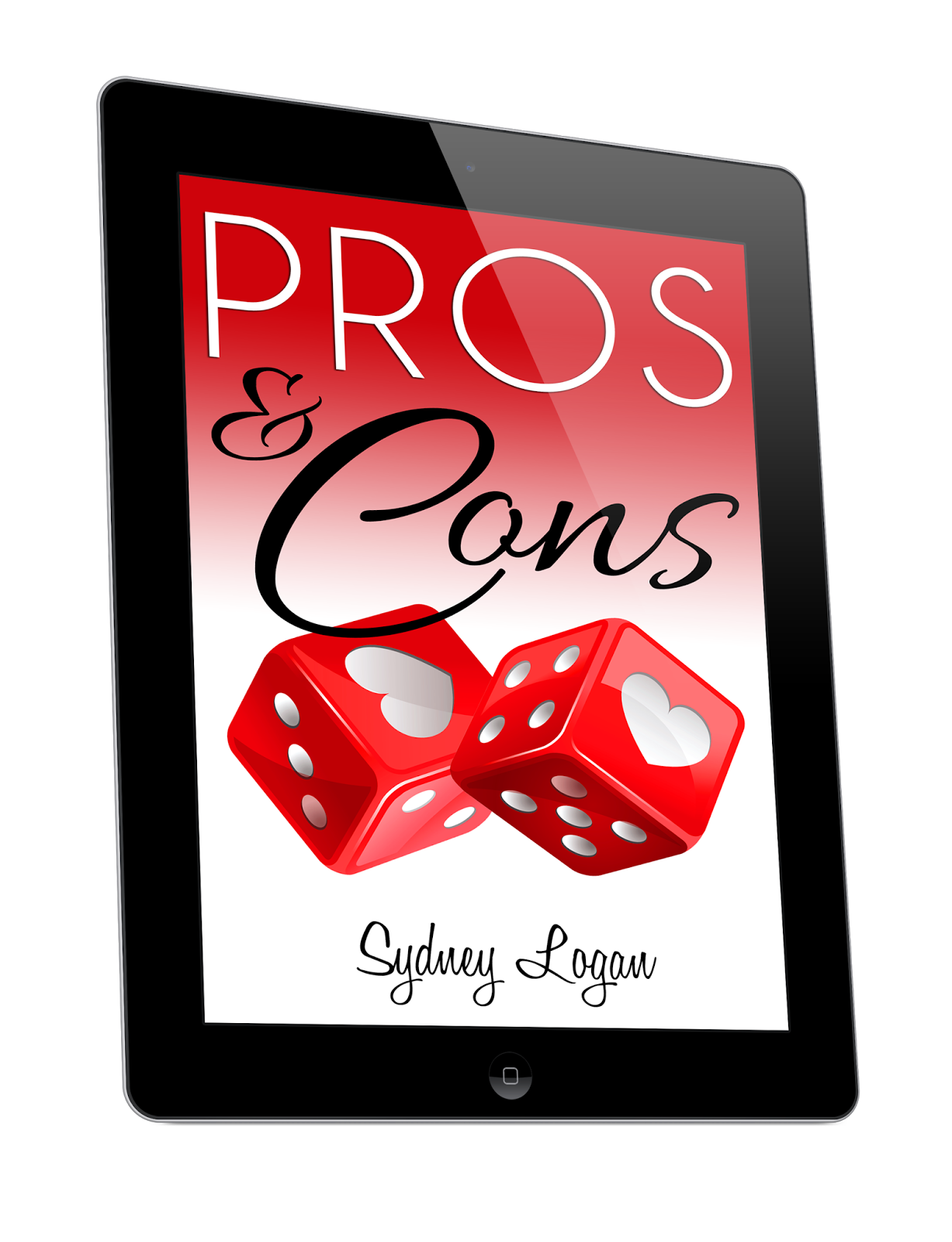 Con artists Jenna York and Ethan Summers always seem to cross paths during their travels around the world. With their partners in tow, the cunning criminals wreak havoc across the globe, stealing from the rich and giving to the richer. While Jenna tries to convince herself that she sees him as nothing more than a professional rival, Ethan finds it a little harder to fight his attraction to the beautiful thief.When tragedy strikes, Jenna and Ethan join forces, but are the stakes too high? Can they escape this last job with their lives—and their hearts—intact? 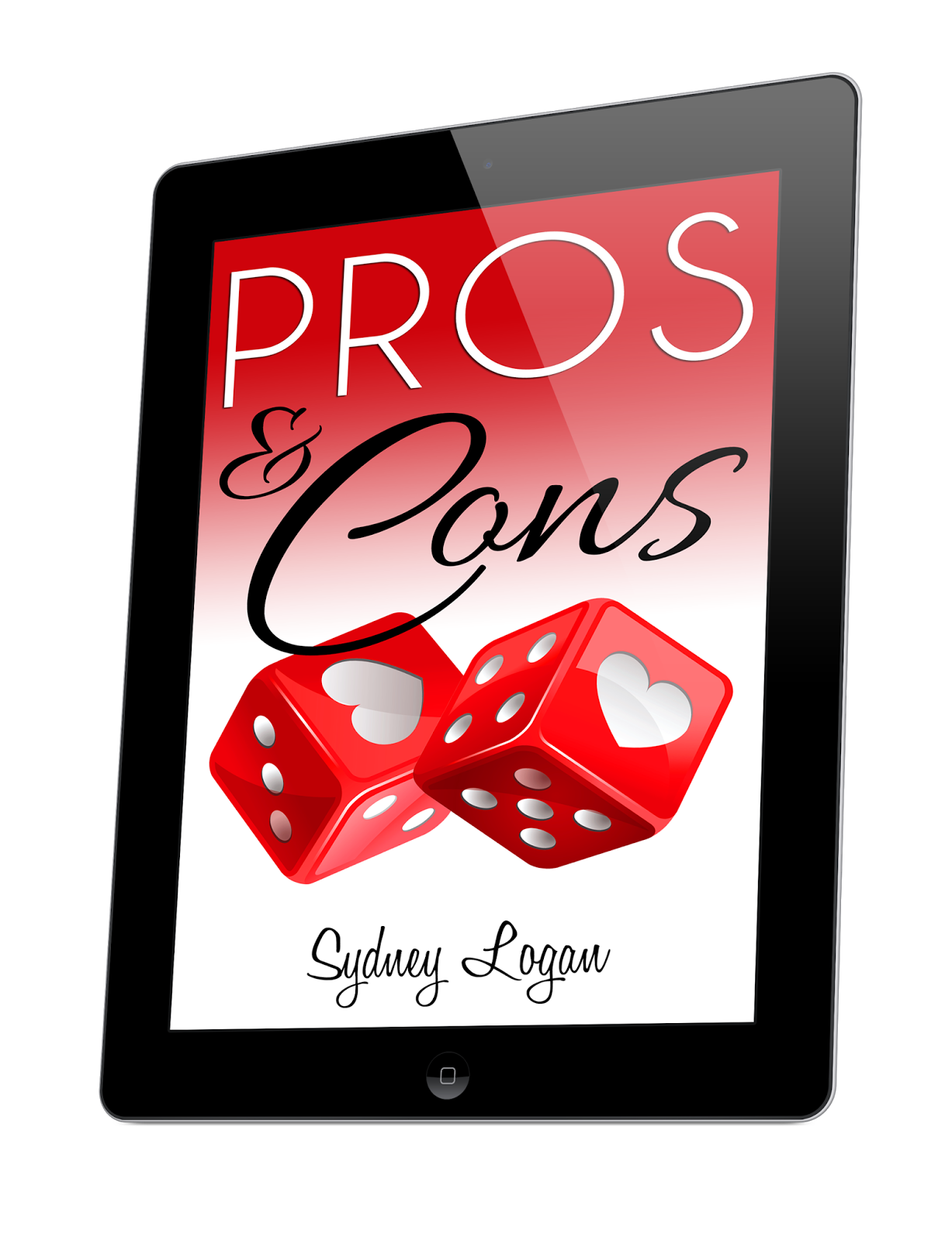 As I slip quietly out of the suite and rush toward the elevator, I can’t deny I’m feeling a little better about Vegas. That is, until the elevator doors open. Standing there, leaning against the stainless steel wall with a cocky smile on his face, is the one person I really didn’t want to see this weekend. With a miserable groan, I step inside the elevator and furiously stab the button.

“Are you following me, Summers?”

“I’d follow your dimples anywhere, York.”
Ethan Summers is infuriatingly charming and handsome. Both assets have proven to be beneficial to his career and detrimental to mine.

“Impressive. Although, one might argue that a more superior con artist would be capable of accomplishing such a feat without showing a little skin. Really, Jenna, I’m disappointed.”

He rarely calls me by my first name. Last names have always been our thing.

“Were you watching me?”

“Every heterosexual man in the casino was watching your little performance. Nice legs, by the way.”

Ethan grins as the elevator doors open. I don’t protest when he grabs me by the elbow and leads me toward the nearest exit. It’s not brightly lit, but there’s a very nice bouncer that Ethan greets by name who allows us to walk right out the door and into the starry Nevada night. He doesn’t let go of my arm as we hurry toward a black SUV.

“Why are you helping me?”

“You drugged a millionaire and stole his credit card info. I think it’s best we get you out of town.”

That doesn’t really answer my question, but I can’t argue with his logic.

Ethan opens the passenger door and helps me inside.
“Nice stilettos.”

I glare at him, and he shoots me a sexy smile before slamming my door.

It’s really too bad that I hate his guts.

Ethan Summers and I have crossed paths many times throughout the past couple years. It’s unavoidable, considering we’re two of the finest criminal minds in the world.

That’s what the news says, anyway.

“Let me guess,” Ethan says as he pulls the SUV out onto the highway. “You used Rohypnol on Jones?”

“Well, you obviously slipped something into his drink.”

Ethan hums his disapproval. I can’t argue with him. Slipping Bradley a sedative is so amateur.

“I was desperate. The entire weekend has been a complete waste of time. When did the Viper install dome cams?”

“A few weeks ago. The casino’s hosting the U.S. Poker Championship next month. Ceiling cams are a requirement.”

“So, if you knew about the cameras, what were you doing at the casino?”

“Let’s just say a little birdie told me you were hitting the Viper tonight. I had a feeling you might need my assistance.”

“So you’ve been talking to Abby.”

He remains silent and keeps his eyes trained on the freeway, giving me the chance to study his profile. Ethan has a mop of unruly dark hair and deep blue eyes that make most girls go weak in the knees.

Not this girl. Nope.

“Like what you see?”
My face heats. I hate when he catches me ogling him.

He laughs. “Someday, Jenna, you’re going to stop fighting this attraction between us. I’m really looking forward to that.”

Don’t you just love the idea of two rival con-artists as the leading man and lady?! You can already tell that their love story will be slightly tumultuous, but so full of passion. Thanks to Sydney, I’ve had the opportunity to read an early copy of Pros & Cons (my 5-star review is forthcoming). And believe me when I say you’re going to want to get ahold of Jenna and Ethan’s story as soon as you possibly can!

Head over to Goodreads to add Pros & Cons to your 2015 TBR list. And in the mean time, make sure you go HERE to enter a giveaway Sydney is hosting to win an early copy!